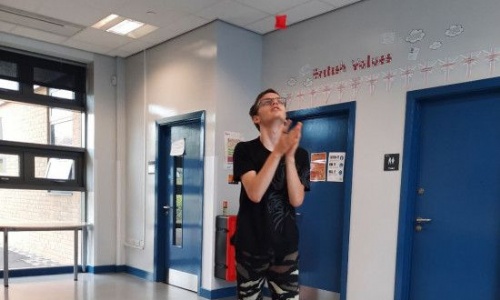 Today’s Natspec Games challenge was set by England Netball. Following on from their live session, learners had to count how many times they could throw and catch an object in 60 seconds. Our winner managed 55. To stretch learners further, there was a second and more difficult challenge to count how many times learners could throw an object and clap before catching it in 60 seconds. An impressive 46 was the winning score.