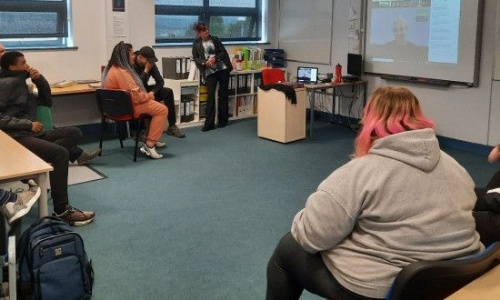 Monday 21st June was the launch of the Natspec Games. The ceremony prompted discussion as to sports students had previously participated in. We discussed the benefits of sport on health, unanimously, students said how they felt good when taking part in exercise and the positive effects it had on mental health. We noted how there were many transferrable skills which employers look for such as resilience, determination and teamwork.

In functional skills, English students need to be able to present opinions and argue topics for their speaking and listening exam. An interesting debate grew during the launch as to what makes a sport. There were lots of opinions as to whether fishing, darts, dance, snooker and bowls were actually sports. Students wrote them for and against arguments to present to the group.
The launch finished with a live warm-up session to get students limbered up for the week of challenges ahead.