Learners have been learning about the importance of celebrating their individual uniqueness. We looked at policy, law and reasonable adjustments. There were open, honest and respectful discussions about prejudice and what the world would be like if we were all the same. Learners were then tasked with researching a person or group who they felt were unique and had made a positive change.

Enjoy the article below produced by Cerys.

WWE: The women behind the revolution

Women’s wrestling has changed a lot over the past few years. From 30 second matches and being referred to as “divas”, to all-women pay-per-views and headlining Wrestlemania, here are some of the women who made the biggest impact on professional wrestling.

On May 27th 2011, April Jeanette Mendez, known in the ring as AJ Lee, made her debut on the WWE’s main roster. This was during the time when WWE was hiring models, not trained wrestlers, as they valued looks more than talent.

On July 28th 2013, WWE launched a reality TV show called “total divas”, which followed the lives of the divas. The show included all of the biggest names within the division, except for Lee, who was champion at this time. The night after the first episode aired, AJ cut a scathing promo referred to as the #Pipebombshell, in which she made it clear that she was not a diva, she was a women’s wrestler.

One of the most iconic lines from the promo was,

She held nothing back, speaking truths that no one else had the guts to say, and in the process, immortalised herself as one of the greatest to step foot in the ring.

On the July 24th episode of NXT, Paige defeated Emma to become the first ever NXT Women's Champion.

Paige debuted on the main roster on April 7th 2014, where she won the divas championship at the age of just 21.

On the June 1 episode of RAW, Stephanie McMahon called for a "Divas Revolution," which led to NXT Divas Charlotte and Becky Lynch aligning with Paige to form PCB. 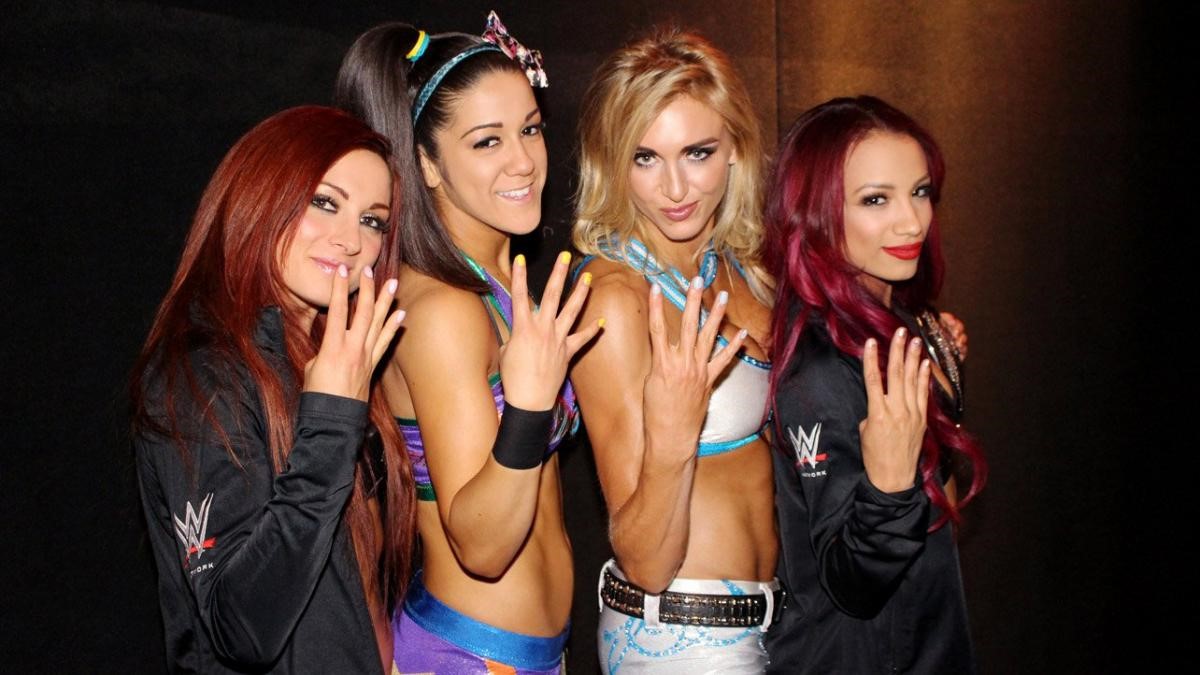 Becky Lynch, Bayley, Charlotte Flair and Sasha Banks (l-r) are arguably the biggest faces of the women’s revolution. These for women have pushed more boundaries than anyone else in the sport and are one of the main reasons that women’s wrestling is where it is today.

Bayley and Banks’ match at NXT Takeover Brooklyn is regarded, not only as one of the greatest women’s wrestling matches of all time, but one of the major turning points of the women’s revolution.

At NXT Takeover Respect, Banks once again faced Bayley, however, this time it was in the first ever iron woman match, and the first time women had main evented a Takeover.

At the 2016 Hell in a cell pay-per-view, Sasha Banks faced the women’s champion Charlotte Flair in the first ever women’s hell in a cell match. Not only was it the first women’s HIAC match, it was the first time that women had main evented a main roster pay-per-view.

At the 2019 Elimination chamber PPV, Banks and Bayley became the first ever women’s tag team champions.

At Wrestlemania 35 Becky lynch Charlotte Fair and Ronda Rousey faced each other in a triple threat match in the main event of Wrestlemania. This was the first the first time women had ever main evented a Wrestlemania, and Becky Lynch became the first women to hold both the RAW and Smackdown women’s championships simultaneously.